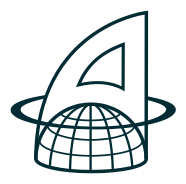 My adventure with Almukantarat Astronomy Club had begun in 2006 when I attended the summer astronomical camp for the first time. After three years of learning a lot of things and meeting a bunch of wonderful people, I decided to deepen this relationship and teach younger peers physics, maths, and astronomy. Since 2010 I am a formal member of the Club. In 2013 I was elected to the Club Presidium as a Secretary. During 2014-2015 I had a pleasure to be the President of the Club.

I have written a few articles to AstroNet, a portal founded by Almukantarat in 2000. I am co-responsible for the new version of the portal launched in June 2016.

Apart from teaching gifted high school students, I gave a number of popular lectures for a broader audience and conducted night sky observations.